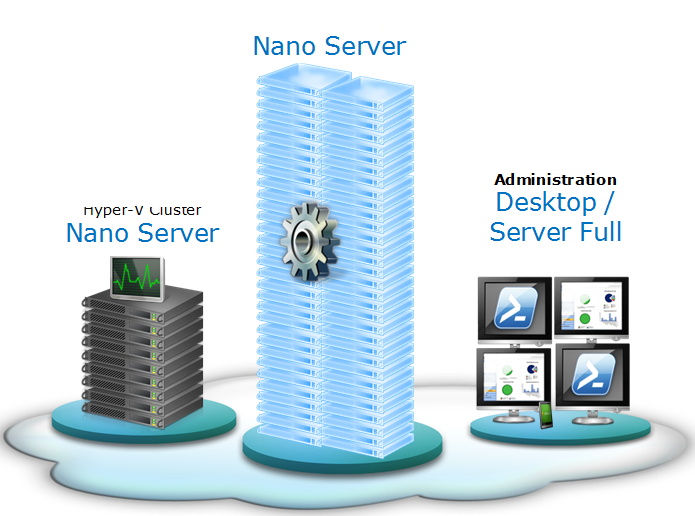 Why I love to work with the Microsoft products stack?

It’s something I’d always loved to do, I mean the Microsoft universe is truly vast and I’ve always find new stuff to learn every time. But I’ve always missed something. I’m working in cross platform environments and I’ve got to say that Linux is perfect in a professional world thanks to the efficiency of the cmdline, so when PowerShell has arrived 9 years ago it’s started to change the whole game, but not enough in my opinion. I don’t know why people in Redmond hadn’t in the flow of PowerShell at this time, but right now everything is different, and it’s absolutely awesome how the future seems brilliant for them/us.
If you read comparisons with Linux, don’t worry if isn’t a problem with your glasses or something else, this is just because Microsoft is doing the good call filling the gap between the two platforms.
Below I’ll speak about products I know and use the most. I’m infra oriented and I won’t speak about Office 365 or Sharepoint!

Yes, you read it correctly, Microsoft has learnt from past errors, they are not redoing the wheel each time they encounter a rival. They now work with them, in order to make the product available on Microsoft systems AND invest in it to make it better for everyone. Who could have said that Microsoft could be doing that 3 years ago?
You want examples? Think about the .Net code available now (for a little part) as an open sourced product! Think also about the Chef solution, which works hands to hands with Microsoft to bring us a tool to manage our platforms.
In addition to that, and this is something really important to my eyes, Desired State Configuration modules and resources are now hosted on Github, it means for us, users, that we have the power to make the tool better or not, but everything is clear from the start and our opinions are taken in charge for the future.

As I said with Github and DSC Resources, PowerShell team is going into a good direction. Indeed, providing so many CMDlets past years and now they can use them to push PowerShell beyond our horizon.
And this horizon is called Configuration Management. It’s something existing for many years on Linux and you can already configure systems with tools like Puppet, Chef, Ansible or Salt… But nothing really built or the Windows Stack, I mean WinRM isn’t really user friendly associated with Kerberos using Python or Ruby libraries, and the best tool to interact with a Windows is and will be PowerShell.
So, now integrated with Windows Management Framework, we have DSC installed, it means we have it installed from scratch since Windows 2012R2, which is very cool. I just dream that when you’ve kicked out Windows 2003 Server from your datacenter that you’ve upgraded directly to 2012 R2

THIS is maybe the best move of Jeffrey Snover teams. Who have never dreamed about a light Windows OS Server, booting so quick that you don’t have time to drink your coffee? This reality is coming and this’ll be a new start for you and your colleagues! You won’t have a GUI anymore, you WILL have to learn PowerShell if it’s not already the case.
This is where Azure is very important as well, because Nano Server will bring us better and smoother services without paying more money for our infrastructure.
I hope Microsoft will drop definitely the GUI one day, because if you want to be aggressive, you can’t let old schooled sysadmins run the world!

As sure sysadmins won’t run the world, devs want to for sure and docker is something you should take care of, and masterize.
Docker helps you to get rid of hypervisor stack, you’ll be able to use every single remaining power of your physical servers. We’ll have to start thinking about things like Micro-services and now more things like “One Server – One task”.
If you map Docker with Nano Server that’ll consume less ram and proc than ever you’ll have a perfect duo to conquer the world 😀

I wanted to talk here about Azure, but I won’t hehehe. For me, Azure is not a tool but an ecosystem and it deserves more than a blog post to list every single awesomeness present on it.
On the opposite, We (IT, Ops, Sysadmins), we’ll have to change our way of work, we have to think everything as code, we have to control our versioning. Nothing exist anymore between Devs and Ops, we both drive in the same world, a world which move so fast that we can’t spend our time waiting for a GUI to load or searching for a script to rollback an action.
Linux already have most of these tools and now that Microsoft brings us everything in order to simplify our work, let’s use them, or, at least convince our chiefs that this is the road we need to take! We can change this mortifying Windows looks like clicker in a brilliant sysadmin who has embraced a DevOps way of life !